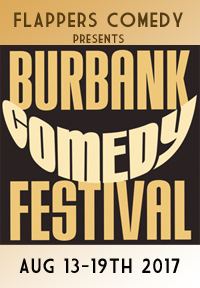 Posted at 14:36h in Uncategorized by Meshelle 0 Comments
0 Likes
Share

The Burbank Comedy Festival will be celebrating its 4th year at Flappers Comedy Club in Burbank, CA.  Over 400 submissions were sent in for consideration, MESHELLE “The Indie-Mom of Comedy” was tapped to showcase in this year’s festival!  If you are on the West Coast and want to treat yourself to a bevy of great shows, workshops and parties; make your way to the Burbank Comedy Festival, August 13-19.  Stay tuned for more updates from MESHELLE’s show times to opportunities to meet-and-greet MESHELLE during the festival!